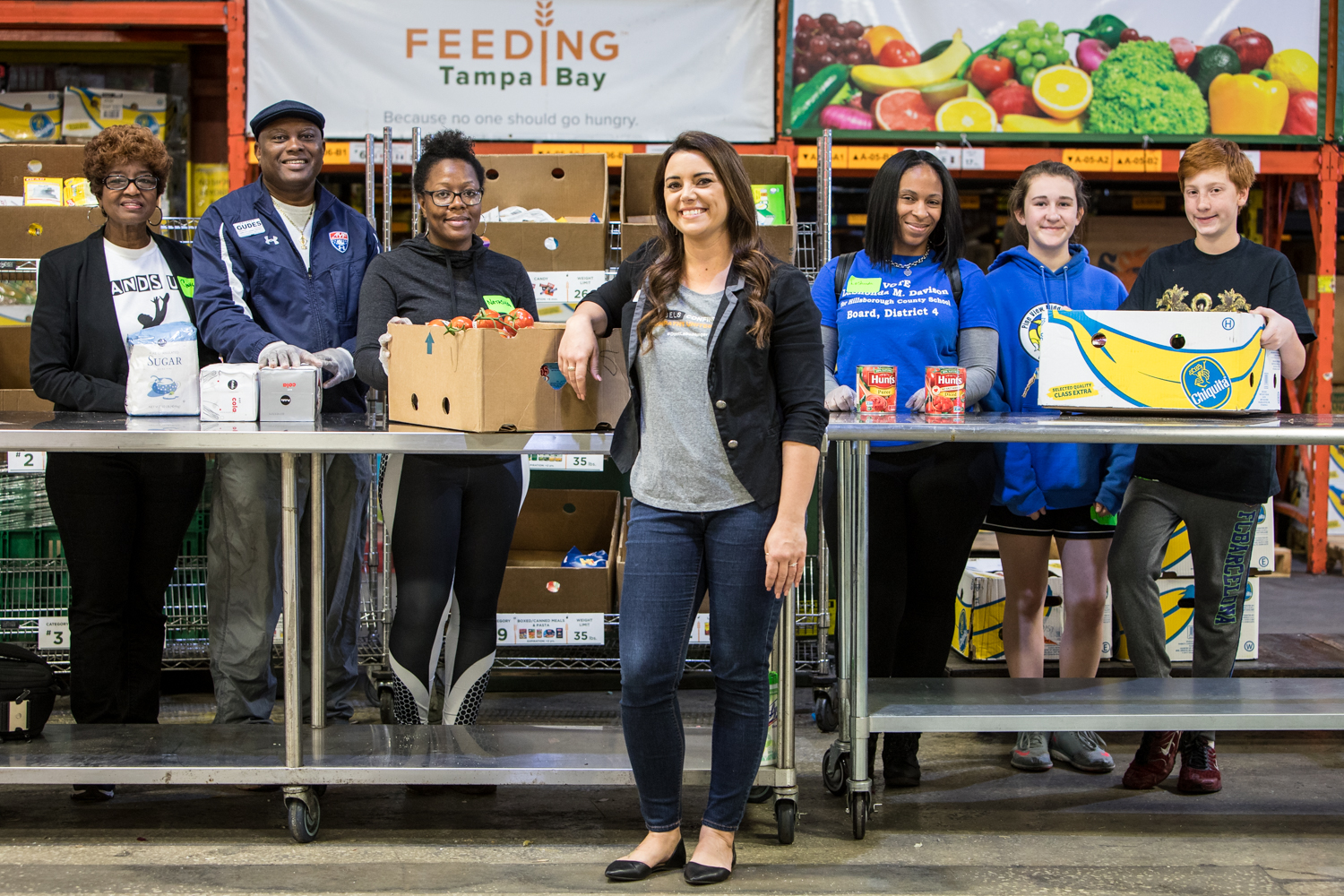 All together now: A look at the philanthropy ecosystem in Tampa Bay

It was a typical day for Jayci Peters; she’d been doing this kind of work in this kind of place for years. But on this particular day, she took a step back, looked around the warehouse, and was blown away by what she saw: Hundreds of people – diverse people, from a range of cultural backgrounds – all working together for a common goal. They were pulling together to tackle the often overlooked problem of hunger in Tampa Bay. That moment stuck in her mind, and it has stayed with her throughout her tenure with Feeding Tampa Bay, one of the area’s longest tenured and successful non-profits. Proof that Tampa’s culture of generosity is rooted in its past.

THE RICH HISTORY OF PHILANTHROPY IN TAMPA BAY

Tampa has an impressive history in the non-profit sector. Feeding Tampa Bay was founded in 1982 as the Divine Providence Food Bank when 3 local men noticed that needs were going unmet in the community. Now a well-established organization, the organization provides over 3 million meals every month to individuals and families in need.

Metropolitan Ministries is so synonymous with non-profit work in Tampa Bay that many residents don’t realize it is a local operation. It occupies the same mental space as national organizations like The American Red Cross and Goodwill. But “Met Min” was born right here and has been serving the homeless and underprivileged populations of the Tampa Bay area since 1972.

Reaching way back in the archive, you’ll find that United Way Suncoast has been serving the Tampa community since 1924, when it was known as Tampa Welfare League. United Way Suncoast fights for educational opportunities and financial stability for everyone in the community.

THE BRIGHT FUTURE OF PHILANTHROPY IN TAMPA BAY

Alyssa Rhoades honed her event planning skills as the Event Manager for the Tampa Bay Business Journal, but she always knew she wanted to use her powers for the good of the community. In 2012, she started the Professional Philanthropy Network as a way to raise money for local causes while networking with like-minded professionals from around the region. Attend a happy hour and you’ll find fresh faces with fresher ideas about how to combat a host of issues plaguing the community. Proof that having roots in the past doesn’t mean you have to stay there.

There are many smaller scale operations popping up around the region, designed to meet specific needs in the community. “OnBikes is one organization that has really impressed me,” says Alyssa. “Their mission is to provide new bikes and helmets to foster and at-risk children in our local community primarily raising funds through their city bike-ride called the “Winter Wonder Ride.” They are a perfect example of how the Young Professionals in Tampa Bay really care for our community and are making a difference in our community.” OnBikes has built and distributed over 3,500 bikes since their inception.

The Professional Philanthropy Network has helped several smaller nonprofits, as well. Alyssa mentions Mr. Bubblez Showers, which provides showers for the homeless and Redefining Refuge, which cares for minors who become victims of sex trafficking, an appallingly large problem in the region.

For more than 30 years, the Guardian ad Litem Program has served as the region’s exclusive advocate for children in the court system. In Hillsborough County alone, more than 3,500 neglected, abused, and abandoned children have been removed from their homes and placed in the custody of the dependency court system. With no family available to speak for them, the child’s fate falls into the hands of the courts. As a Guardian ad Litem volunteer, you have the power to help give these kids a voice.

ALL TOGETHER NOW: A COMMUNITY EFFORT

Whether it’s one of the established charitable brands in the Tampa Bay region or a philanthropic startup out to eliminate an unmet need in the community, the mindset is the same: make Tampa Bay a place where everyone gets the chance to live their best life. And there is no better example of how this region pulls together to work toward that goal than Give Day Tampa Bay.

Give Day Tampa Bay is an annual event that serves as a group fundraiser for local non-profits. It’s a true event in the area. Donors are able to easily learn about and support hundreds of non-profits all in one place. And if you’re on the internet at all that day, you can’t miss it. In 2018 Give Day resulted in $1,760,650 being pumped into the philanthropic ecosystem of Tampa Bay – a huge boost for many worthy causes.

The website of the Community Foundation of Tampa Bay, which hosts the Give Day event, expresses a sentiment that could really be applied to the philanthropic community of Tampa Bay as a whole: “Whatever good you’re inspired to do, we are here to help you do it.”